Some of you may be interested to note that there is an Atom Feed for bunchacunce.

The two of you who already use the Bunchacunce Atom Feed will be thrilled and excited to learn that I have poked it, and prodded it a bit, and it should be working in a shinier manner than before.

So, I’ve been playing with Asterisk (The Open Source PBX & Telephony Platform). It’s really quite good. While playing with it, and various VoiP providers, I have learned the following :

The UTStarcom F3000 is awful. It wouldn’t connect WPA at all with its original firmware. It took ages to find some updated firmware. Now it does connect, and even makes and receives calls – for about 15 mins, before lagging furiously and falling off the network, though every now and then it will pop back up, before falling off the network again at the most inconvenient moment. Oh, and as if that weren’t enough, the interface is slow and clunky, and there is not a single ringtone on the thing that sounds like a normal phone.

Orbtalk have extremely poor customer support, and also managed to half-connect 3 of my incoming test calls to some foreign people (language unknown!)

SipGate seems to be ok too.

Did I come here to make PETA look stupid?

No. They’re managing that all by themselves. For the record, I’ve never had a trout eviscerate several other small animals and then leave the resulting pieces on the floor in my house as a present. 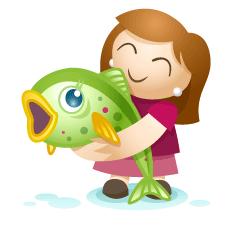