New Intel Solid-state Drive happens to be one of the worlds fastest hard drives. Informative Review.

Eddie at his best 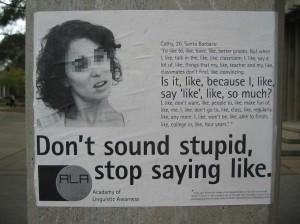 Ever been annoyed by having a site try to force you to register in order to access some pitiful resource from it?

Well, maybe you haven’t, but I have. For a while now I’ve been using bugmenot (and it’s associated firefox extension) to avoid many of these pointless registrations. It’s simply a database of usernames and passwords for sites of this nature that are free to use by all. The firefox extension will even do the lookup and login for you automagically. Check it out!

Bugmenot also now has a sister site called www.retailmenot.com full of coupon and voucher codes for many online retailers. There’s a firefox extension for this too – I’ve not used it in anger yet, but if it’s as useful as the bugmenot extension, I reckon it’s worth taking a look at.

Well, did you try rebooting?